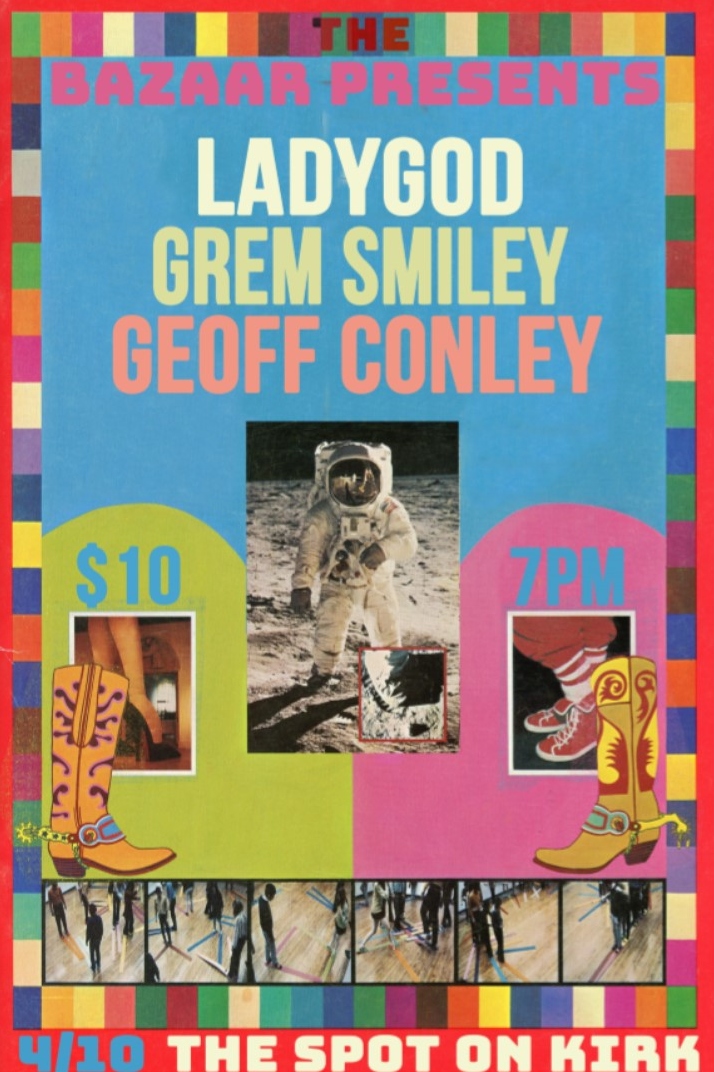 GREM SMILEY
This indie punk band with psychedelic touches hails from Richmond, Va as well.
Their debut album, "Canvas," was released in February of 2020, following a 3 song EP called "Guilt" in 2018, and singles released in  April and November of 2019.
Featuring Ryan Hatcher (guitar, vocals) and Ethan Davis (drums), this duo makes more noise than most full bands!

GEOFF CONLEY
Geoff creates haunting and evocative music that lingers long after every performance. He has written and performed with several well-loved bands through the years. This evening is an opportunity to hear him in the purest form.