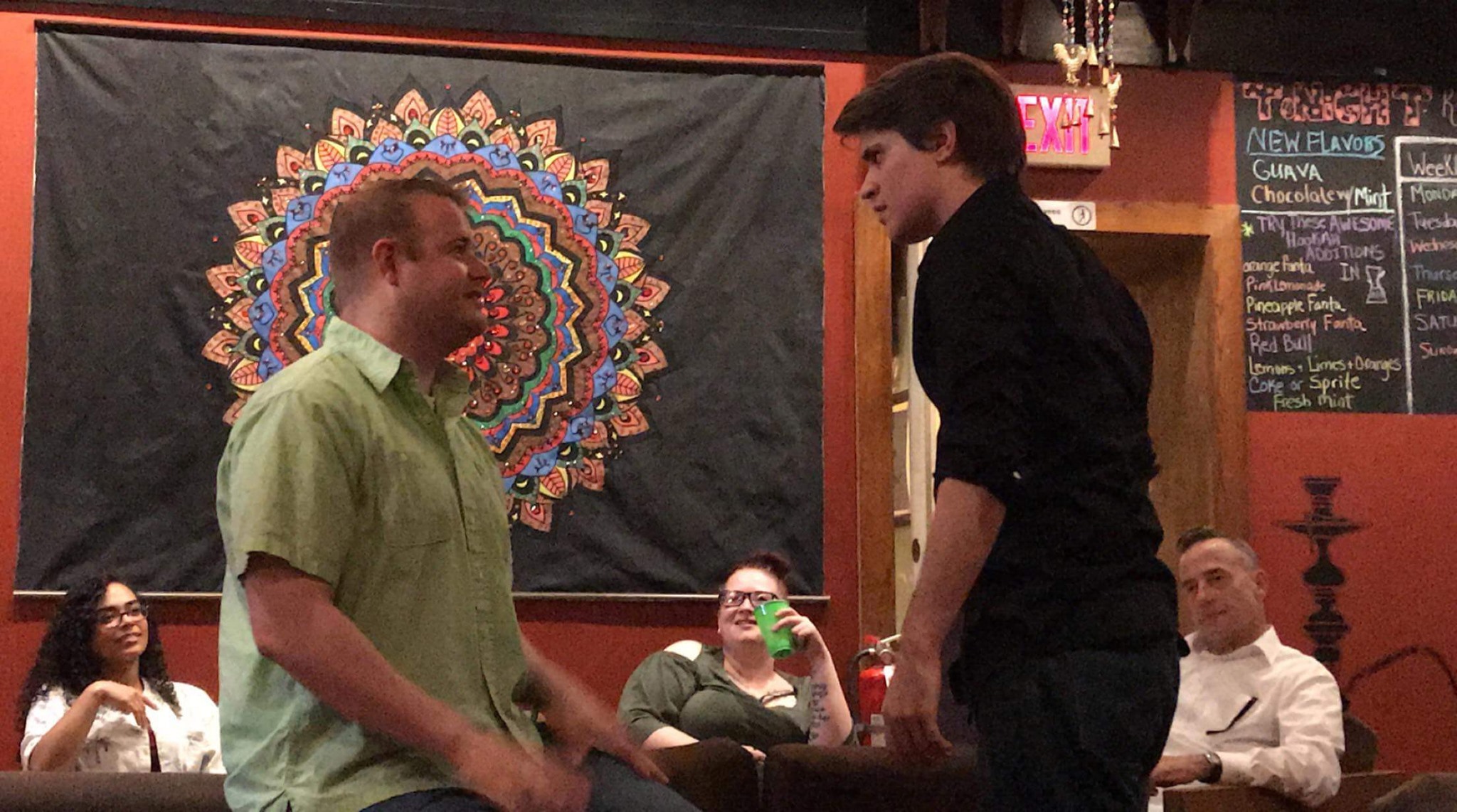 With as little to go on as a single-word suggestion, the two are able to weave together an entire show’s worth of scenes and characters.

Johnny Camacho studied long-form improv at The Upright Citizens Brigade Theatre in New York City, where he got to work with some of best teachers and performers in the country. Since moving to Roanoke, he has taught improv workshops both independently and through Mill Mountain Theatre, and he runs the popular Comedy Lab open mic downtown.

Oh, Hi Doggy! will take you through a showcase of high-wire improv structures and games, and they’ve invited some special guests to round out the lineup!