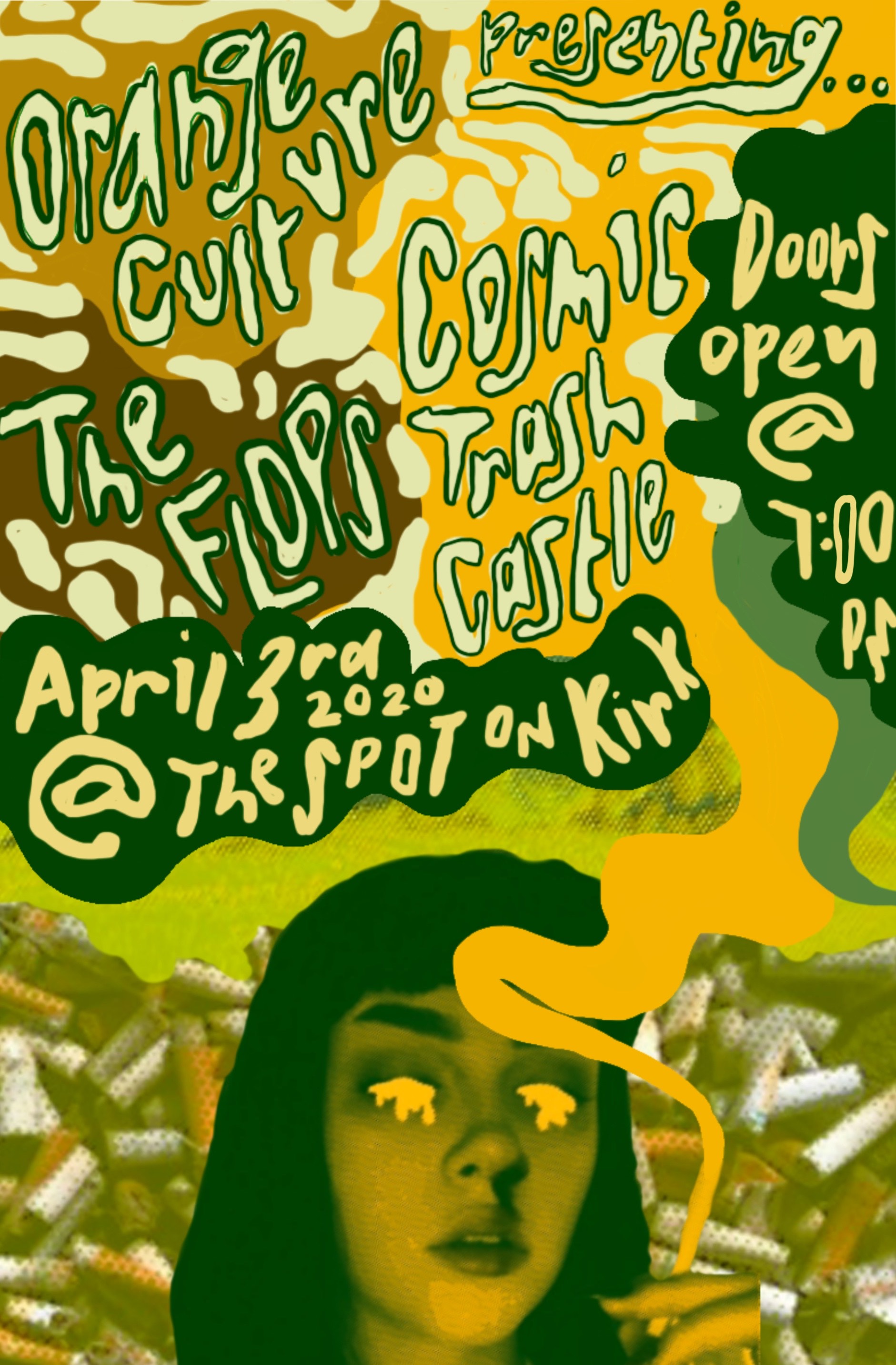 Orange Culture, based in Salem, Virginia, was formed in 2019 by a group of high school and college-aged friends looking to bring a unique, eclectic and energetic rock and roll sound to the Roanoke Valley.

The Flops, an indie-rock trio from Staunton VA, formed in December 2018. Since then they’ve been busy: releasing an EP “The Flops” and a full-length album “Salir”. The Flops split their time gigging between Virginia and New York City, and have quickly started to grow a rousing fan base, gaining thousands of streams on Spotify. The band consists of Manny Rey (drums), Preston Fauver (bass) and Tony Bill (vocals/guitar). The Flops are a band that started on a whim, but quickly got swept into the storm — and there seems to be no end in sight.