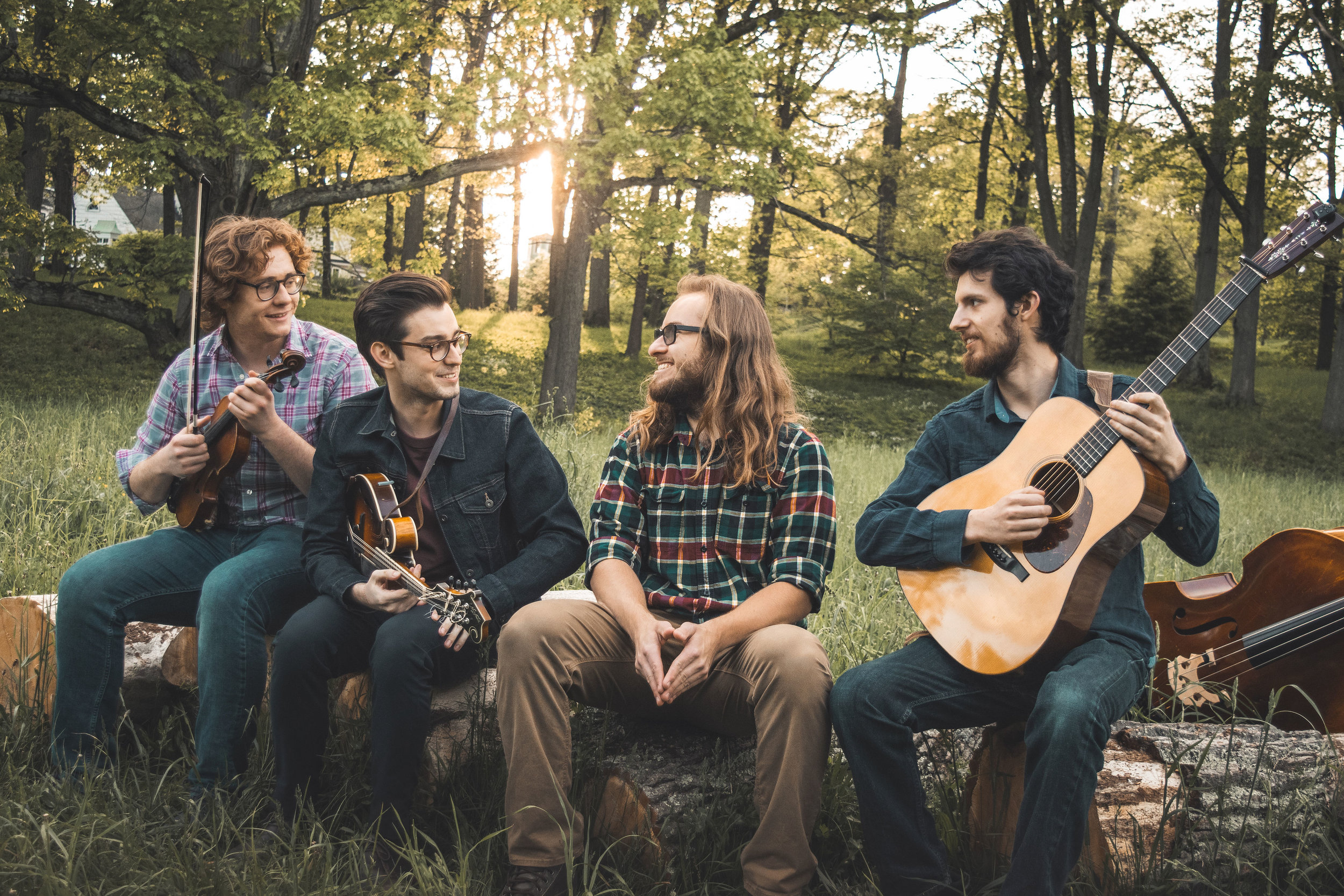 Boston string band Pretty Saro formed in 2016. Since then the quartet has been crafting their invigorating blend of burnin’ bluegrass traditionals and modern sensibilities into a sound that is uniquely their own.  Dynamic arrangements and high-energy performances accompany intimate storytelling to draw the listener in.
Maxfield Anderson (mandolin), Devon Gardner (fiddle), Alex Formento (guitar), and Joe Everett (upright bass) bring together their wide array of musical backgrounds to create music that follows in the footsteps of their heroes, without fear of wandering off the beaten path.
prettysaro.com

Experimental solo guitarist Jordan Perry opens the evening.
"Mr. Perry’s brunt combines avant garde note selections and compositional gambits, as well as a string attack with classical qualities. While there’s a gentleness to the melodies at which he eventually arrives, Perry’s journey crosses prickly patches of tone clusters, and has a circular logic that defies pop."  - Byron Coley
Comparisons have been drawn to John Fahey, William Ackerman, and Julia Reidy.
jordanperry1.bandcamp.com