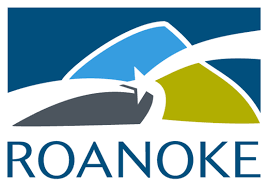 Because locals know where it’s at.

Drop a pin in the middle of Downtown Roanoke and you’ll find yourself on Kirk Avenue. It’s a breezy street that spans a mere four blocks. At first glance, Kirk Avenue resembles a glorified alley: light traffic with a lot of brick walls. In truth, it’s much, much more.

Just steps away from The Spot on Kirk sits Lucky, a cozy, farm-to-table restaurant known for its signature drinks. Where Kirk Avenue meets First Street, you’ll find Fortunato. Visitors of the traditional Italian kitchen rave about the Neapolitan-style pizza. Up another block on Kirk (at Second Street) is Blue 5.  Craft Beers and a great menu await you on that corner.  We’re also partial to Martin’s Downtown.  It’s up a block on First Street (at Bullitt Avenue).  They have great food, huge drink selections, late night music, AND the owner books a lot of the musical performers at The Spot on Kirk.  If you need an even quicker bite, there’s also a fast-casual wrap and salad joint called Pita Pit at the corner of Kirk Avenue and Jefferson Street.

Once you visit Downtown Roanoke, you’ll want to stick around. Get to know the Noke’s historic side by planning a stay at The Hotel Roanoke. Built in 1882, it’s hosted famous guests including U.S. Presidents, music stars, and other celebrities. Want to make your visit feel more like home? Enjoy a relaxing stay and an incredible breakfast at the Rose Hill Bed & Breakfast or the Black Lantern Inn. If a good night’s rest without the frills is what you’re looking for, check into the new Hampton Inn Downtown or the Cambria Suites down near the Roanoke River.

There’s more than live music, good food, and friendly faces in Roanoke! Visit our friends at Downtown Roanoke, Inc. to find out more about the Star City.