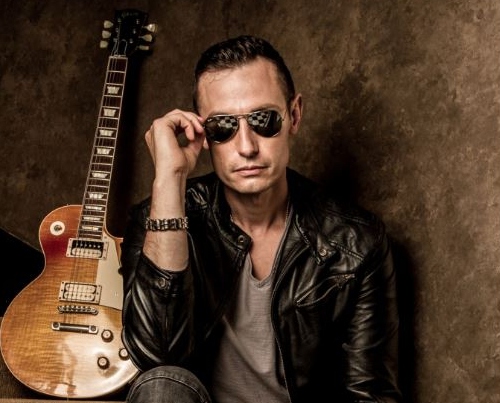 Country-rocker Adam Rutledge is soaring to new heights with the release of his EP, Runway, which stands out with its “distinctive hybrid of country and rock, catchy guitar intros and lyrical depth” (Sports & Entertainment Nashville/Bob Paxman).

The Roanoke, Va. native’s first-class songwriting, referred to as “storytelling that features clever turns of phrase (Taste of Country/Sterling Whitaker), caught the attention of country music hitmaker Phil Vassar through a connection with longtime Vassar collaborator, Jeff Smith. This resulted in Vassar taking the fellow Virginian under his wing as a management client and opening act.

“When I heard Phil Vassar was managing newcomer Adam Rutledge, I immediately had high expectations and when I heard him, he exceeded them. His songs are slices of life everyone can relate to brought to life with his warm, evocative voice and searing guitar. As a fellow Virginia native, I've got to say this guy is going to make the home folks proud!” said Billboard and Sounds Like Nashville contributor Deborah Evans Price.

Adam is known for putting on high-energy live shows, so it’s no surprise when he draws large crowds on the road. He has shared the stage with artists such as Chris Janson, Old Dominion, Lee Brice, Brothers Osborne, Drake White, Russell Dickerson, Lauren Alaina, Chase Rice, Phil Vassar, Tyler Farr and many more.

His edgy, powerful sound doesn’t blend in but does indeed fit in today’s country sound. Adam’s most recent music video for his single “Love Kickin’ In” recently premiered on CMT.com and reached the #1 spot for most viewed video.