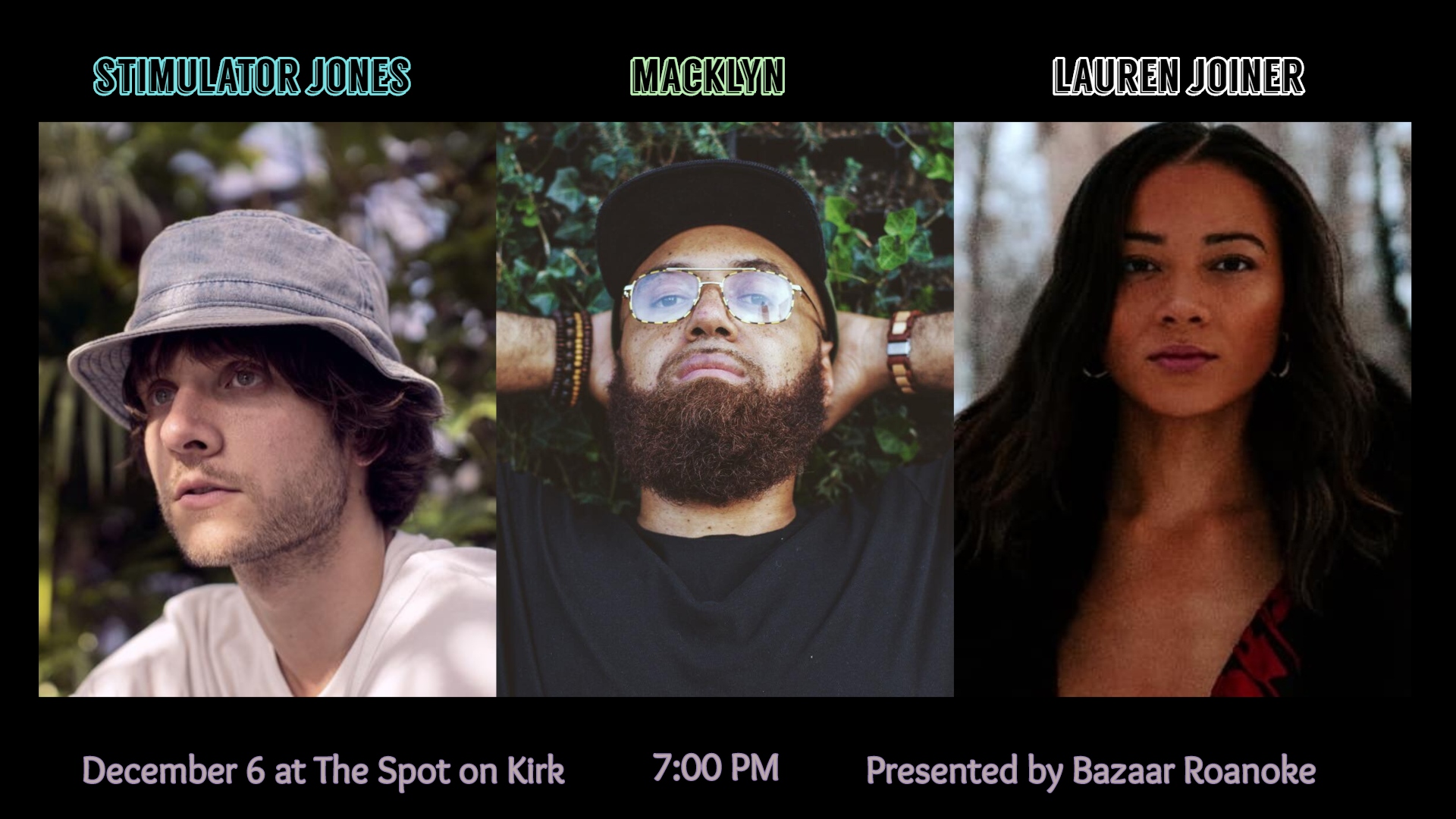 Stones Throw Records artist Stimulator Jones began his career as a multi-instrumentalist, beatsmith, vocalist, songwriter, and producer here in Roanoke!  Since then, he has toured nationally and internationally, spreading his impressive one-man show far and wide.
https://stimulatorjones.bandcamp.com

Macklyn is a singer, songwriter & rapper based the Blue Ridge Mountain of Roanoke. His music is a mix of 90's boombap and 2000s neo-soul. He has performed downtown in events such as Soul Sessions and Wall Street Unplugged.
https://www.facebook.com/MacklynMusic/

Lauren Joiner is a local singer / songwriter. She released her debut EP, "Honesty Hour," featuring an RnB Soul sound with indie hints, inspired by her Virginia roots. Lauren is excited to join Stimulator Jones and Macklyn for this special event at The Spot!
https://open.spotify.com/album/4iFr3HRpiczc2WG8QYnutd