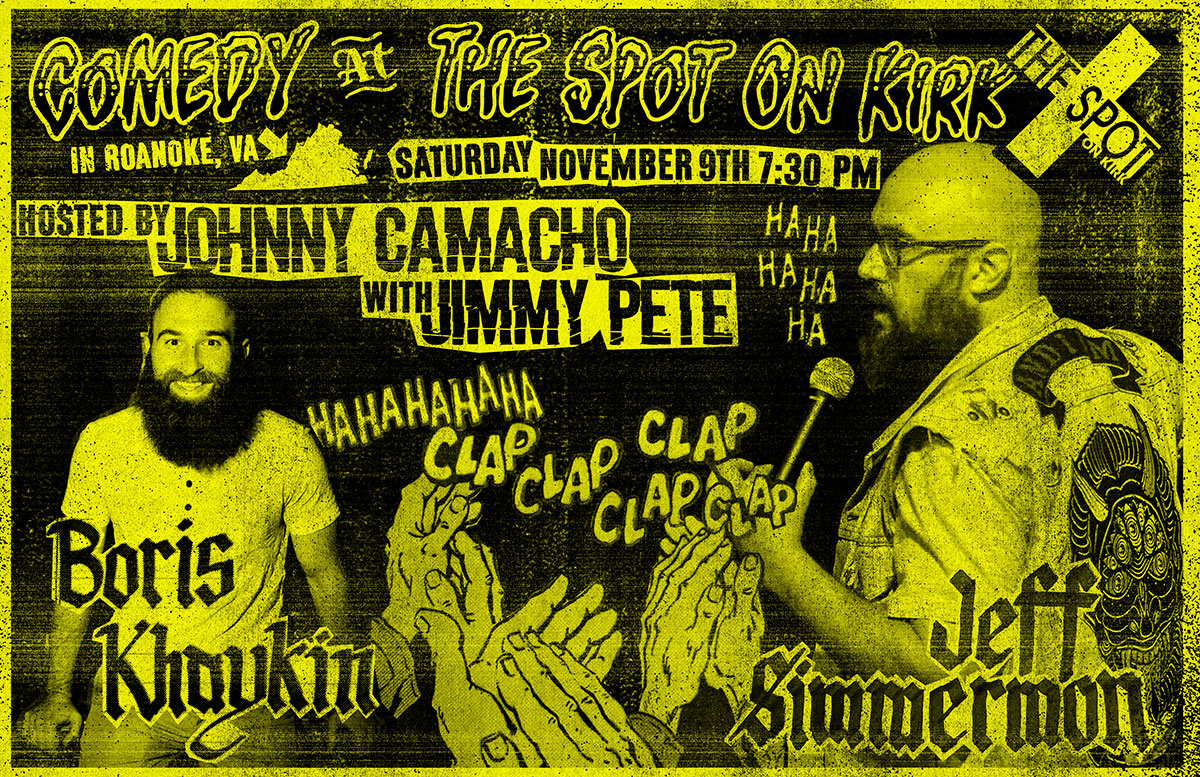 Jeff Simmermon is a storyteller and stand up comic in Brooklyn, New York. His work has appeared on "The Moth Radio Hour," "This American Life," "RISK!" and in written form in the Paris Review Daily. He released "And I Am Not Lying," his first album of stand up and storytelling, with Comedy Dynamics in June of 2017, where it debuted at #1 on the iTunes stand up charts.

Jeff is recording his second album with 800 Pound Gorilla Records in November of 2019.

Boris Khaykin has done warm-up for Comedy Central’s The Opposition and was listed by TimeOutNY as one of Brooklyn Comedy Festival’s Biggest Stars. He’s been featured in Broad City webisodes, Amazon Prime’s Red Oaks, The First Purge, and is a regular guest on The Comedy Cellar’s Live From America Podcast. Boris is also a renowned sketch comedy writer/director. His work with We The Internet TV was a 2017 Webby Award winner and a 2018 Webby Award Honoree.

Local comedian Johnny Camacho hosts the evening. With over 7 years of experience, Johnny has performed in venues across New York City - both as a stand up comedian and an improviser - including Caroline’s on Broadway, Broadway Comedy Club, and The Upright Citizens Brigade. In the Roanoke Valley and surrounding areas, he regularly produces and hosts sold-out shows, and he runs the bi-weekly comedy open mic at Shishka downtown.