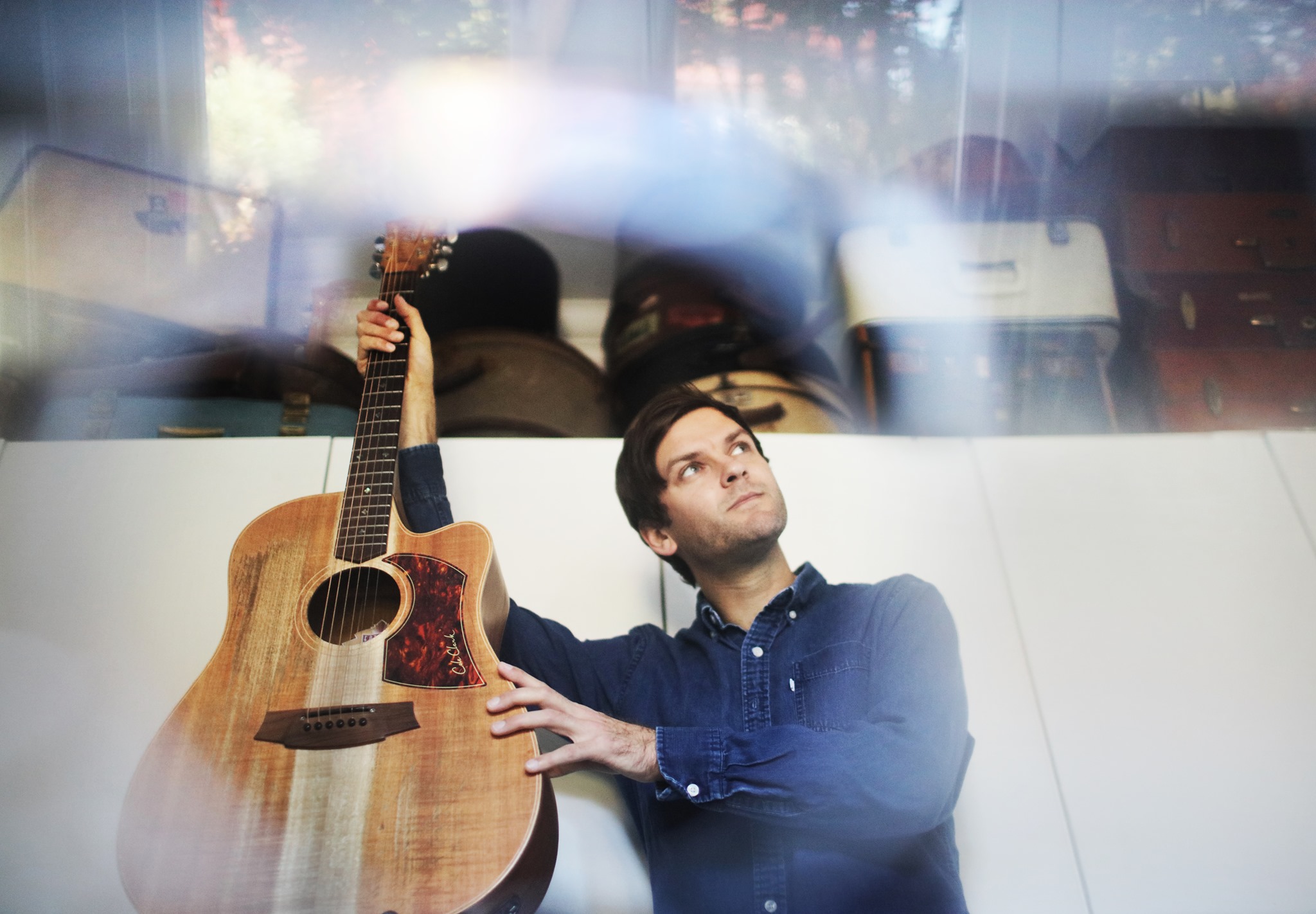 One reviewer recently wrote - ‘Daniel Champagne exudes a natural ease on stage, as he sings poignant lyrics and beautifully crafted melodies that invariably whisk the heart up with grand romanticism. Coupled with an exhilarating guitar talent that transcends mere acoustic playing to replicate a whole band, Champagne is just magical’ (themusic.com.au, Byron Bluesfest.)

The story goes that the young Australian singer, songwriter and one-of-a-kind guitar virtuoso first picked up his instrument of choice as a five-year-old following in the footsteps of a musical father. He began writing songs at 12, training classically throughout his teens and performing solo wherever he could, honing his craft and developing what would become the dynamite live show that he is renowned for today. At 18 he left school, turned professional and hit the road.

The next five years saw him traversing North America, the United Kingdom, Europe, New Zealand and of course, his homeland Australia playing such festivals as Vancouver and Mariposa Folk (Canada), Belgium's Labadoux Festival and Australia's Woodford, Falls Festival, Port Fairy Folk Festival and the legendary Byron Bay Bluesfest. As well as touring and sharing stages with the likes of Lucinda Williams, Judy Collins, INXS, John Butler, KT Tunstall and Ani DiFranco - all of this while writing, producing and independently releasing two Eps, 'My Own Design' (2009) and 'Wide Eyed and Open' (2010), his first long player 'Pint of Mystery' (2011) and the 'Real Live' offering in 2012. As one reviewer recently wrote, “still in his early twenties, the distances he has been would be more frequently associated with veterans of the Folk scene” (The Dwarf). This globetrotting lifestyle would become the centerpiece of Daniel's next recordings when in 2013, he undertook the ambitious task of delivering two stand-alone albums within the space of twelve months. The Gypsy Moon – Volumes I and II marked a great leap forward for him both as a songwriter and a recording artist, with Australia’s roots music bible Rhythms Magazine saying that ‘Champagne has gone a step further this time, it's like he's realized his own potential, his confidence is sky-high and he's truly ready to explore'

Daniel is now regarded as a leading light in acoustic music, with a firm reputation for making festivals buzz, holding crowds in his palm, dropping jaws and breaking guitars wherever he goes. Daniel Champagne has recently signed to US booking agency Fleming Artists and relocated to North America where he continues his exciting career as an international touring and recording artist.

Opener: Seph Custer is a singer, songwriter, and multi-instrumentalist from Southwest Virginia. For his first 7 years in music, his career revolved around playing lead guitar, banjo, slide and mandolin for numerous rock, americana, blues, punk, alternative, and traditional bands. With a desire to combine his love for a wide range of music, and a shortage of musicians to perform the required parts, Seph embraced the role of front-man for the first time in 2014. Since then, he's fined tuned his sound over the course of two studio albums and over 600 live shows, combining his diverse music taste with his skill set from several instruments; all delivered with only vocals and a modified guitar. Seph Custer delivers high energy solo performances utilizing techniques from guitar, mandolin and bass to create a soundscape on a single instrument that rivals some 3-piece bands: no looping or pre-recorded tracks required.