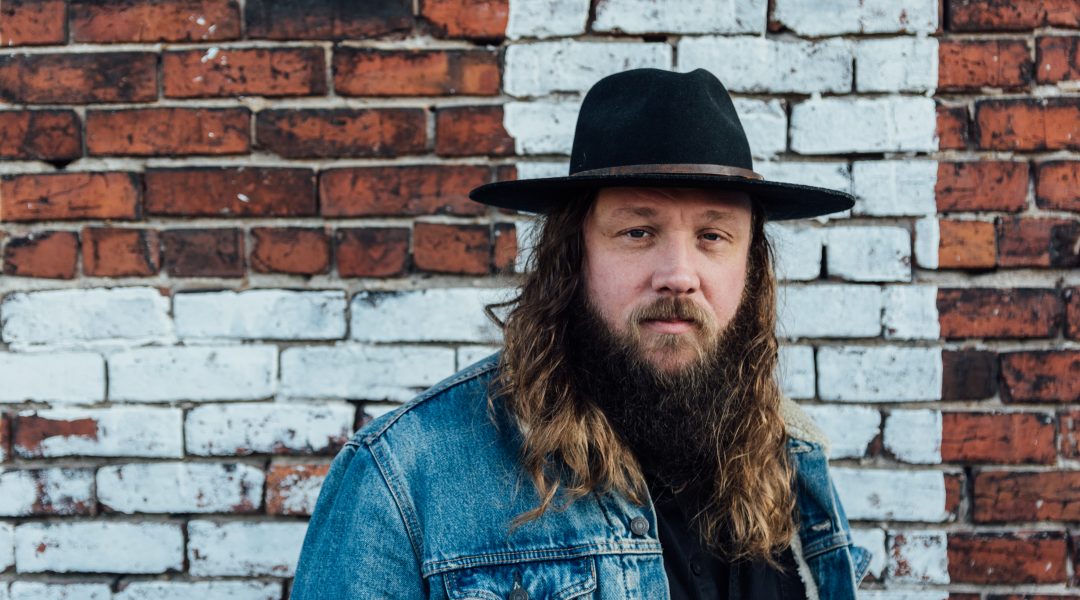 Nashville-based country singer-songwriter George Shingleton releases his new single, “Talkin’ Whiskey” today, February 11, 2022, via Rock Ridge Music. Produced by Dave Pahanish (who co-wrote #1 songs recorded by Jimmy Wayne, Toby Keith, and Keith Urban), “Talkin’ Whiskey,” a twangy celebration of a favorite beverage, is the first of two singles from a still-untitled EP coming in summer of 2022. “Talkin’ Whiskey” premiered at Holler.Country earlier this week, who wrote of the song: “‘Talkin’ Whiskey’ is a stomping chunk of soulful southern country rock and an end-of-the-world drinking anthem for the ultimate last orders call, as Shingleton rolls his Sturgill-meets-Stapleton West Virginia drawl around the state of the world as it all falls apart… [Shingleton is a] very special country singer.”

“Talkin’ Whiskey” follows on the heels of Shingleton’s 2021 single release, “West Virginia Moon,” which came out in February of last year. In addition to the song being used in an episode of the TV show “Fly Rod Chronicles,” Shingleton was invited to drop by when the show was filming in West Virginia. Shingleton’s campfire jam session, which included “West Virginia Moon,” was also part of an episode of the show. Shingleton got additional TV attention recently when a co-write of his, “Restless Ways,” was featured in Paramount’s “Yellowstone” in December of 2021 in the penultimate episode of season four. Shingleton’s tracks have also been featured on a number of playlists, including Apple Music’s “Country Roads,” “Back Porch Country,” “New in Country,” and “Country Lovin’”; Spotify’s “New Music Nashville”; and Amazon Music’s “Fresh Folk & Americana.”

Shingleton’s album, Out All Nighter, was released in December 2020. The album, also produced by Pahanish, offered eight gutbucket country songs charged with chronicling the daily interpersonal push-pulls between sin and redemption. Glide Magazine praised the album, writing, “From the opening track ‘Handful of Hell’ with its confessional, pleading twang, it’s immediately clear that Shingleton is both a skilled song craftsman and a talented vocalist. His soulful vocals bring to mind the likes of Chris Stapleton and George Jones... Out All Nighter is packed with the kind of songs that would be hits in another era (and may even hit the mainstream considering the success of artists like Chris Stapleton and Sturgill Simpson), with Shingleton straddling the line between outlaw country and Southern rock in his own original style.”

Prior to the album’s street date, Shingleton released three singles from the record: “Have a Good Time” (October 2020), “Handful of Hell” (May 2020), and “Fire or Flame” (February 2020). Shingleton’s music, and “Handful of Hell” in particular earned praise from American Songwriter, which called it: “…grittier… There’s a lost honesty in country music like Shingleton’s and that’s on display in his newest song, ‘Handful of Hell’…” Cowboys & Indians lauded “Have a Good Time,” writing: “‘Have a Good Time’ is the kind of great I need right now. Keeping this song pounding out of my… speakers… is probably the best I’ll feel all day. This might be the medicine you need right about now, too.” Shingleton also released a standalone holiday single, “O Little Town of Bethlehem,” in October 2020.

Born and bred in rural West Virginia, Shingleton’s Appalachian extended family ties run deep; music-making has been in Shingleton’s blood, quite literally, from his early days of singing and playing instruments in the church. Beyond his sacred, sanctuary-nurtured musical roots, Shingleton’s influences run the gamut from Hank Williams Jr., Merle Haggard, and Waylon Jennings, to Lynyrd Skynyrd and The Allman Brothers Band. Though he began strumming guitars at age 12, Shingleton didn’t begin writing songs seriously until he was almost 30, doubling down on his craft once he moved to Nashville from West Virginia to pursue his dream fulltime. With Shingleton’s music toeing the blurry lines between Americana, country, blues, Southern rock, and gospel, it’s the integrity of his stories and sound has earned him the respect of other artists, including Darryl Worley, John Michael Montgomery, Bucky Covington, Montgomery Gentry, Charlie Daniels, Bo Bice, and Keith Anderson, all of whom have invited him to share their stage.

Jared Stout will be performing a rare solo acoustic set this evening!