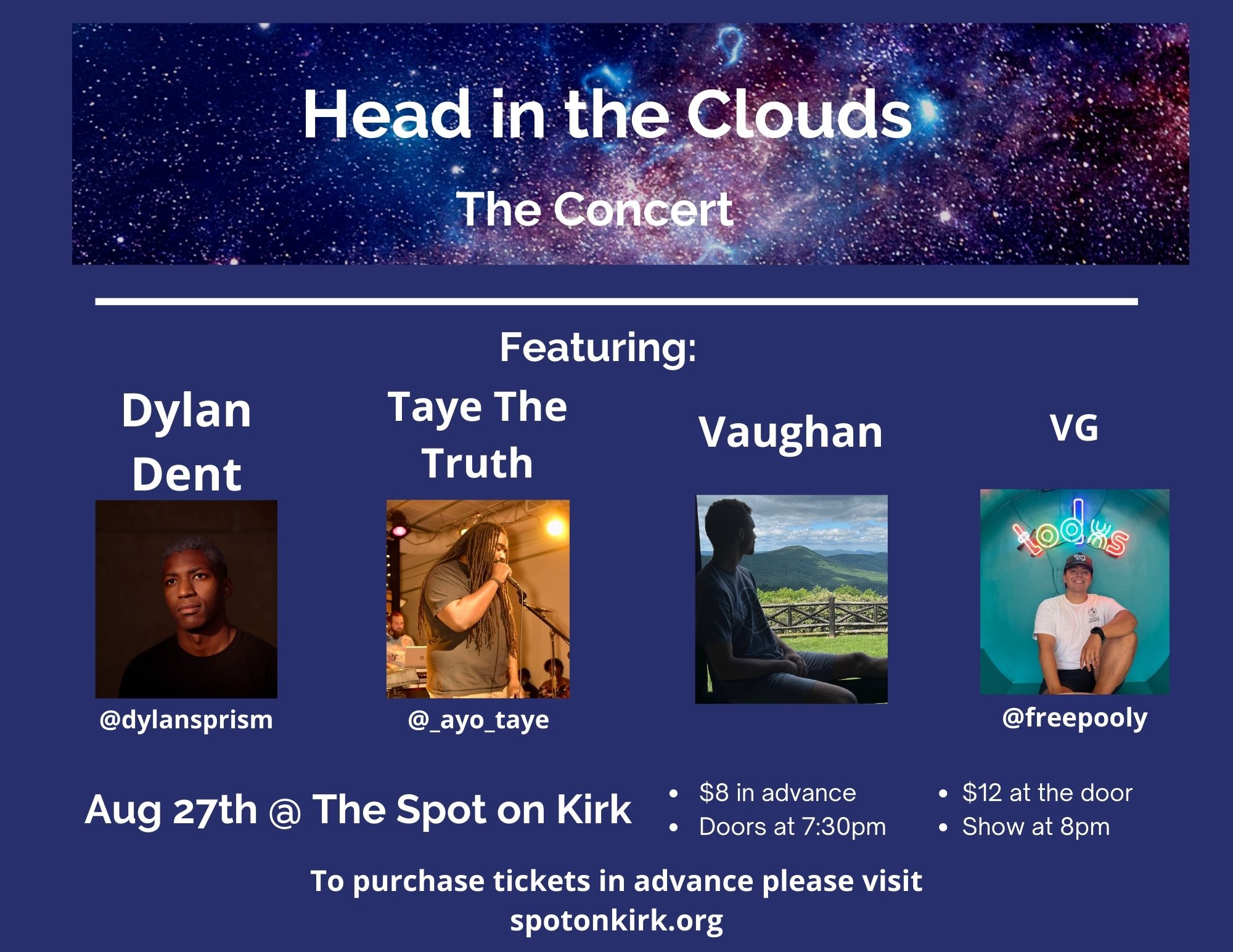 "Head In The Clouds" with Dylan Dent, Taye The Truth, Vaughan, and VG

"Head In The Clouds" with Dylan Dent, Taye The Truth, Vaughan, and VG

Dylan Dent - Dylan Dent is a singer, songwriter, rapper, producer, and multi-instrumentalist. His music is a mix of hip-hop and indie pop with strong themes of introspection. With everything he creates he hopes to add value to the lives of those experiencing his art. His most recent project “Head in the Clouds”, available August 5th, is a cautionary space odyssey asking the question of whether the ends justify the means of one’s actions.

Taye The Truth - Dionte "Taye the Truth" Hall is a lyricist native to Roanoke, Virginia. In 2021, the release of his debut project, Broken King, set the catalyst for multiple collaborative projects, including the "We Are Art" project cypher, and features upon several music albums. His music is hailed as uplifting, relatable and accessible to a variety of audiences, paving the way for building an established brand in the Roanoke locality. As he continues to create his art and perform at various events, Taye the Truth ceaselessly continues to use his music as inspiration for his community to both believe in and express themselves.

Vaughan - Who is Vaughan?  If you and I have shared life together at some point, then YOU are a part of who I am! For those of you who don't know me, I'm a normal guy who grew up in Roanoke and is beginning a career in music. I look forward to connecting with you through music and creativity!

VG - A new artist of the Roanoke Valley coming from Redlands, California to the city of Roanoke, Paul has set out to pursue his passion of music. From playing around with guitar and keyboards to now writing out his own music, Paul has spent his time practicing his writing ability and hopes to capture the attention of an audience who have been looking for a different sound.