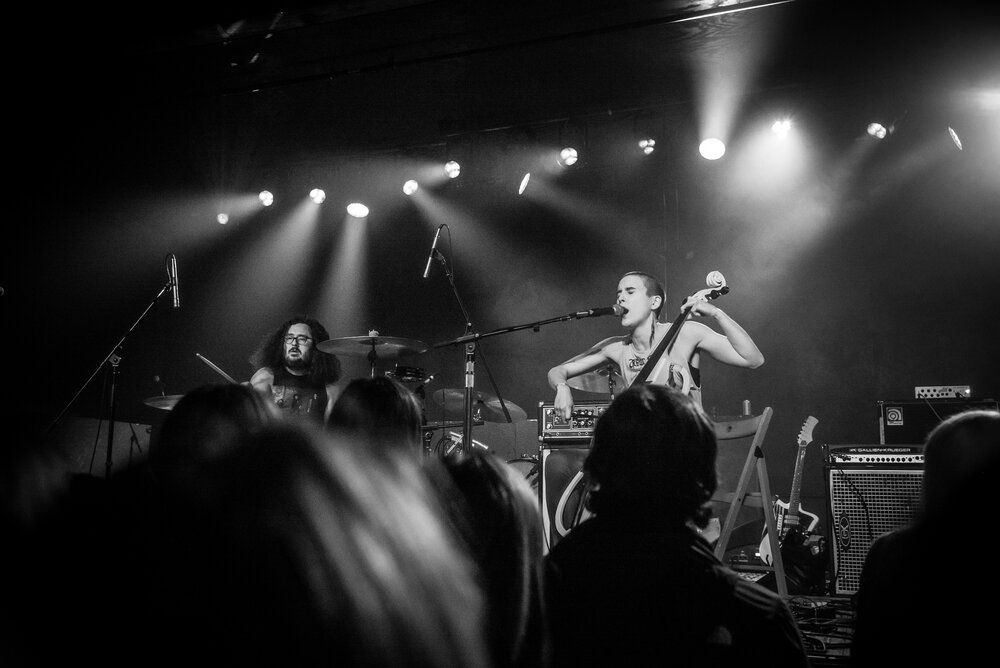 Lung has a sound that is dark and commanding, evoking the driving sludge of early grunge with layered sinister undertones. The band is Kate Wakefield, a classically trained opera singer, and Daisy Caplan, formerly of Foxy Shazam, Babe Rage, and Ayin. Playing shows from Nelsonville Music Festival to famed DIY venues like 924 Gilman Street, Lung have made their presence known and developed the reputation as a “must see” band. Since their first performance in April 2016, the pair have played over 500 shows across North America and Europe.

When able to tour, Lung lives out of the van for most of the year. The band chooses to play in all-ages, non-bar venues as much as possible because it’s a part of their conviction that all people deserve access to art/music. Lung has shared bills with Le Butcherettes, Screaming Females, Big Business, Brainiac, Swearing At Motorists, Fucked Up, Priests, The Messthetics, Machine Girl, Shellshag, Clap Your Hands Say Yeah, Hawthorne Heights, Downtown Boys, and Street Sects.

Touring heavily in 2019, Lung traversed Europe and headlined a US tour. Lung was poised to headline a two month run when the pandemic started. In the unexpected downtime, the band managed to author and record an entirely new album, Come Clean Right Now, out on August 20, 2021. They are set to play Treefort Music Festival 10 in March 2022 and head out on a US tour supporting Mac Sabbath in Fall 2022.