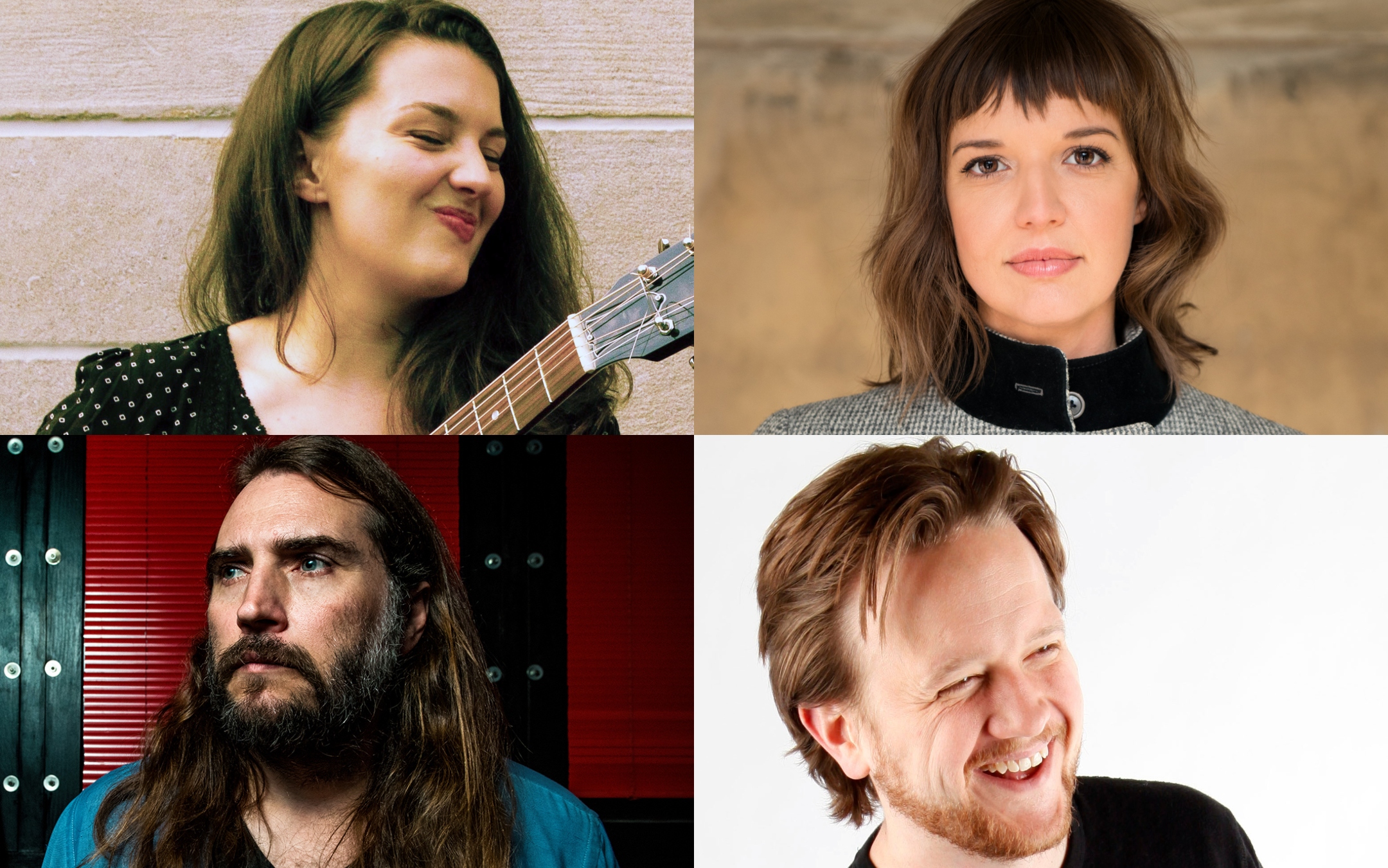 Born and raised in Baltimore, musician Amy Andrews is an award-winning vocalist, who often draws comparisons to Norah Jones and the late, great Eva Cassidy. Known for stunning vocals and unassuming charm on stage, Amy travels far and wide (next up, Australia!) to play music for lovely folks like yourselves, often while her beloved dog hangs in the green room. In the last few years, Amy has gone solo and received national (US) press while touring hundreds of thousands of miles to share stages and open for artists from Gregory Alan Isakov, Stu Larsen, Rose Cousins, to Levi Lowrey and Clay Cook (of Zac Brown Band and John Mayer). From Alaska Folk Festival to Florida's 30A Songwriters' Festival, Amy has played it all, and this tree-hugging, ever-traveling, modern day torch-singer and songwriter is one you definitely want to hear live.

ellen cherry (lowercase letters intentional!) is an award winning song and story alchemist, musician and performer, based in Baltimore, MD. Mixing equal parts of pathos and humor throughout her songs, ellen cherry is mysterious and powerful on stage, and her banter gives audiences a peek into a whimsical, curious mind. She seamlessly fuses her love of History, Poetry, and Literature with the Usual Suspects of Love, Loss, and Despair, all expressed with a singular voice and skill on both guitar and piano. Her latest project was a new touring program called "Portraits in Song" that showcased her love of storytelling and her passion for history and women's equality.

Andrew Grimm is the singer-songwriter behind the long running Baltimore, Maryland band, June Star. For nearly 20 years he has been blurring country and rock and roll while writing songs about love, reminiscent of The Replacements, Lou Reed, and Jimmie Rodgers. Whether with a band or solo acoustic, Grimm's words and voice cut with immediacy and emotion; his performances invite the listener to see where it hurts and how it gets better.

Known for his inviting stage presence, powerful voice, and heartfelt delivery, Phil Norman has long been one of Roanoke's favorite singer-songwriters. Spot on Kirk fans will know him as part of the band Appalachian Soul, for his sold-out solo tribute to the Counting Crows' "August and Everything After," and as part of several other memorable songwriters-in-the-round evenings at the Spot.