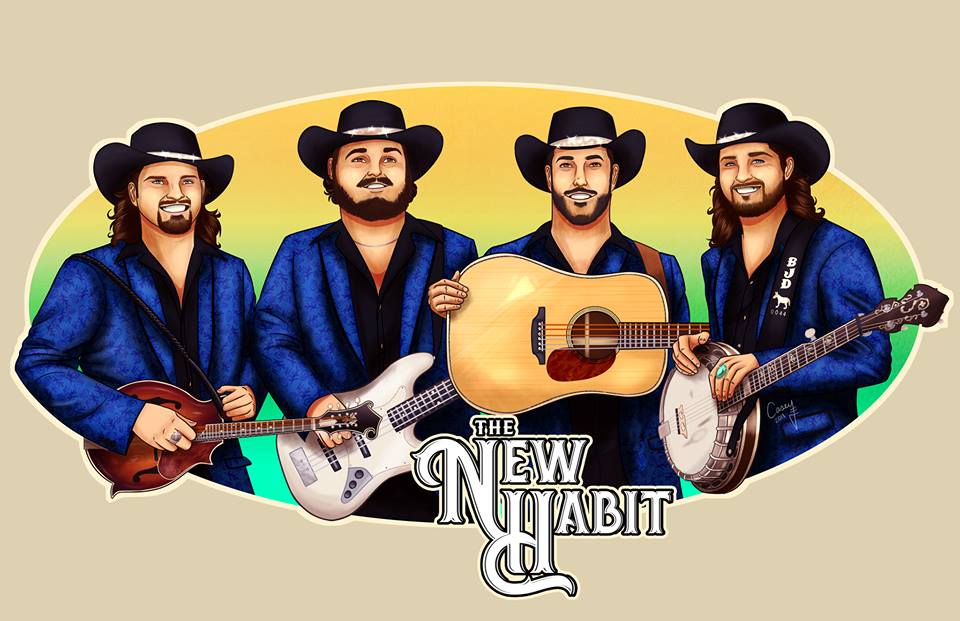 The New Habit hails from southwestern Virginia, playing a style of bluegrass that manages to sound unique while paying tribute to tradition. Featuring Josh Marlowe on guitar and lead vocals, Brandon Dickerson on banjo, Brent Dickerson on mandolin, and rounded out by Aaron Blankenship on bass, the band draws heavily from “King of Bluegrass” Jimmy Martin and the Virginia-based Lost and Found for inspiration.

In concert, the hard-driving group plays a blend of originals and both traditional and contemporary covers that are sure to please fans of bluegrass and win over new converts. Marlowe’s steady rhythm guitar and runs and Brandon Dickerson’s driving Scruggs style banjo have been a key piece of their sound since the beginning. Comprised of members from former bands, including brothers Brandon and Brent Dickerson, when playing together and harmonizing on vocals, each member sounds like a brother from another mother. Not only does everyone contribute backing vocals, but each member also contributes to songwriting. After signing with Railroad Town Records, they released the single “Back of My Hand,” followed soon afterward by “Last Girl I Lose.” These songs are a testament to the traditional sound and roots of bluegrass, but like the New Habit, they also breathe new life into the genre without relying on the trappings of progressive bluegrass that often diminish or erase the key elements that have kept the sound thriving for generations.

Their mission is to keep bluegrass alive and expose it to potential new fans of the genre. “A tree is only as strong as its roots system,” says Marlowe, “and we want bluegrass to be around for years to come.” The New Habit is out to prove that some old habits live on.