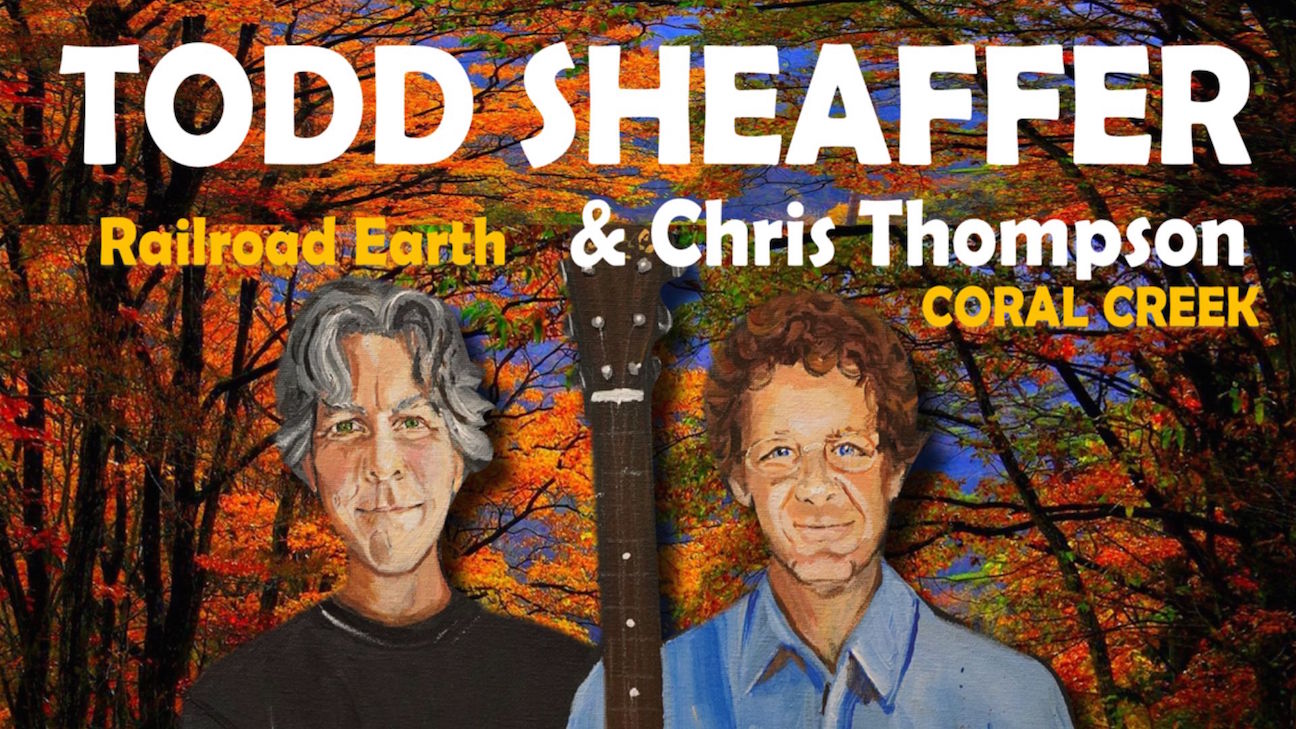 Esteemed songwriter and Railroad Earth front man, Todd Sheaffer, hits the road playing a run of solo shows along with Colorado songwriter Chris Thompson of CORAL CREEK.  These intimate shows feature the songs that have made Railroad Earth one of the hottest tickets on the Newgrass and Jamband festival circuit, presented by Sheaffer in a solo format with instrumental accompaniment by Thompson on guitar & bass.  The show includes two sets of original music, with Thompson kicking off the evening followed by Sheaffer performing solo and with accompaniment.  As any Todd fan would expect, every show is different and each performance takes the audience for an ride down the Railroad Earth and From Good Homes catalog.  Schedule and Tickets at: www.liveoutfront.com/todd-chris-tour

Todd Sheaffer is the front man, guitarist and principal songwriter for the legendary jamgrass ensemble Railroad Earth  and New Jersey roots rockers From Good Homes.  A prolific songwriter, Sheaffer is revered by his fans and admired by his peers for his genius songcraft, his melodic guitar solos and the power and character of his voice.  Todd’s audience spans three generations of avid music fans who readily hop on Todd-tour for a chance to hear their favorite songs.

Thompson has released six albums of original music, receiving airplay across the US, UK and Europe; Free Dog (2018), Coral Creek (2015), Forty Years (2012), Watch Me Fly (2012 - w/Susannah), The Road Ahead 2010 and Livin On Vacation (2007 - w/Susannah).  He has played campgrounds, beach bars, concert halls and festival stages across the US, Europe, Mexico and the Caribbean, sharing stages with many of his music heroes along the way.