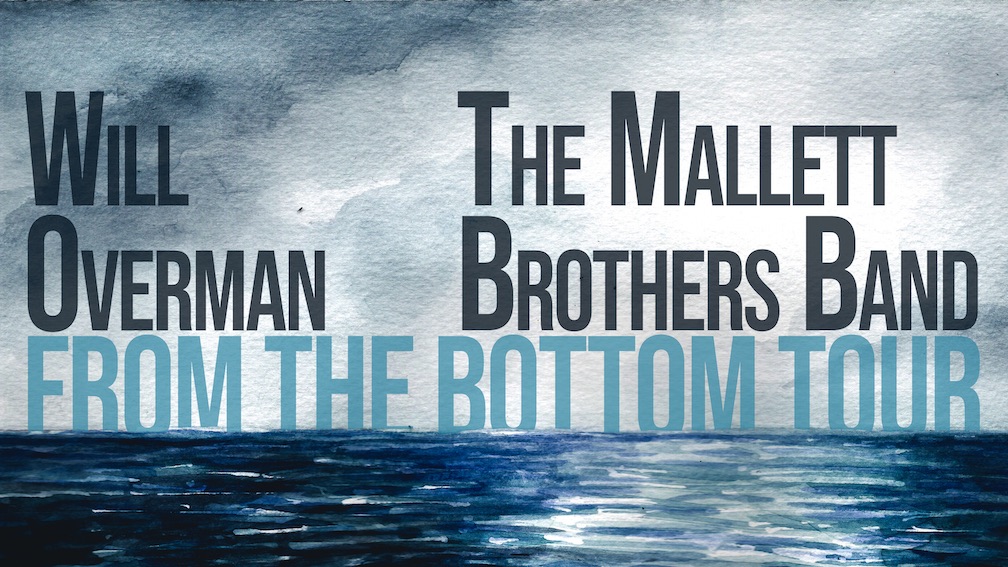 Will Overman / The Mallett Brothers: From The Bottom Tour

Will Overman is a singer-songwriter based in central Virginia. Will’s music can be best described as Country-Americana, but it's not your typical Country-Americana sound. Sonically it is restless by nature, always searching for something new, and with Will’s heart-worn lyrics and dynamic vocal delivery, it makes for a memorable mixture that is hard to place but easy to love.

Armed with a powerful voice and powerful convictions, Will Overman is slowly but surely building a name for himself performing throughout the east coast at venues and festivals such as (The Jefferson Theater, Fall for Greenville, The Basement) and supporting artists like (Joe Pug, Christian Lopez, Dead Horses, Grady Spencer & the Work, etc.). Regardless of whether you get a first listen of Will at the next show or song on shuffle, you can be sure that it won’t be long before you know his songs by heart.

"FOUNDED IN 2009, THE MALLETT BROTHERS BAND HAVE HAD MULTIPLE LINEUP CHANGES AND STYLISTIC SHIFTS OVER THE YEARS, BUT THEY’VE REMAINED STEADFAST IN DELIVERING HEARTFELT SONGS WITH EMOTIONAL LYRICISM, VIVID IMAGERY, AND DYNAMIC MUSICAL TONES…" - NO DEPRESSION

The Mallett Brothers Band is an independent rock and roll / Americana / country band from Maine. Their busy tour schedule since forming in 2009 has helped them to build a dedicated fanbase across the U.S. and beyond while still calling the state of Maine their home. With a style that ranges from alt-country to Americana, country, jam and roots rock, theirs is a musical melting pot that's influenced equally by the singer/songwriter tradition as by harder rock, classic country and psychedelic sounds.