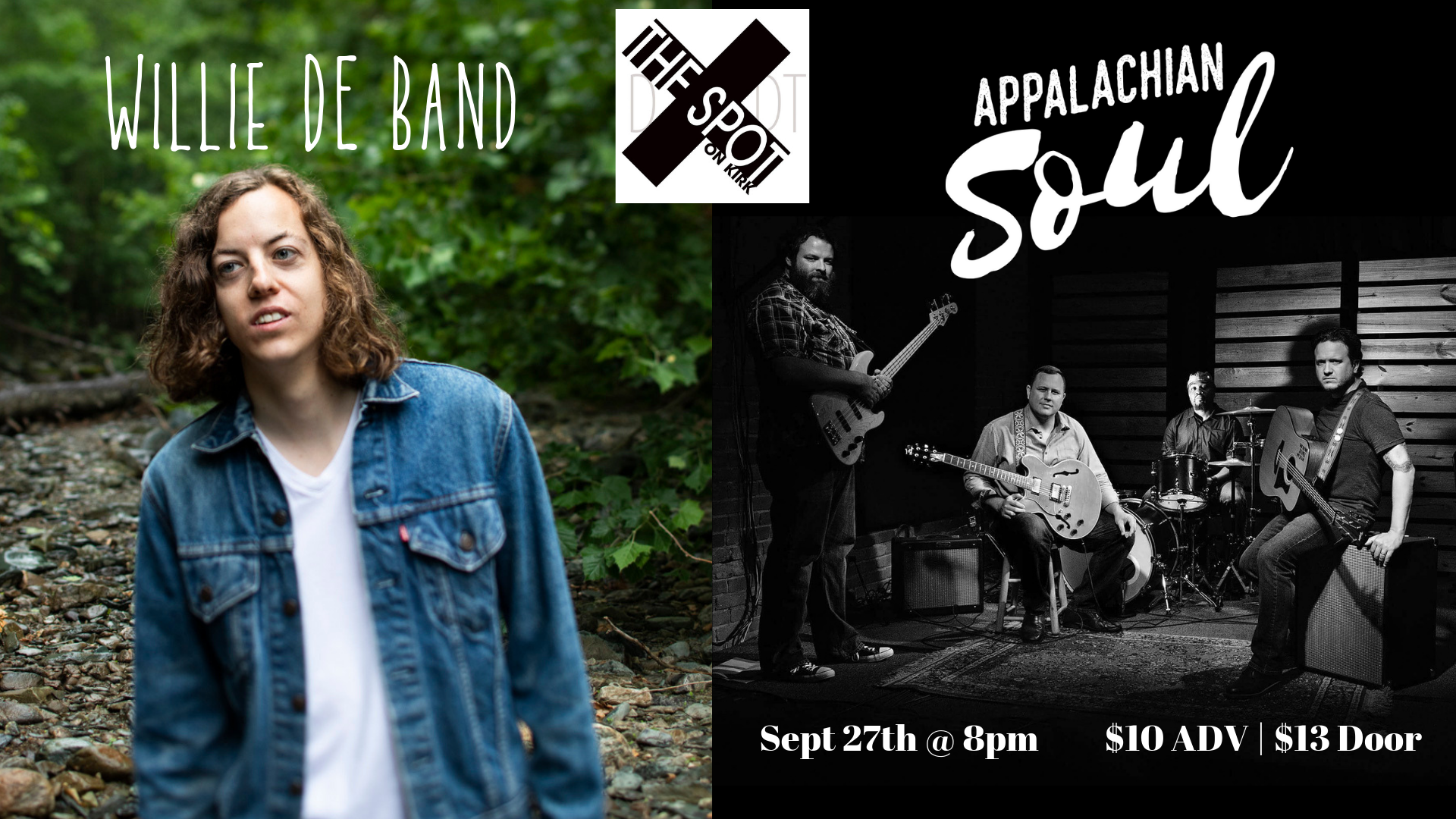 Willie DE Band and Appalachian Soul both return to bring you a great double-bill at The Spot on Kirk!

Willie DE is a guitarist and singer-songwriter based in Central Virginia. He blends blues, jazz, and rock (mostly rock!) to create a fresh, original sound. Willie's innovative music and his superb musicianship shine through all the songs of the Willie DE Band. The Band’s sound highlights virtuoso violin that sharpens the songs, deep bass, and punchy drum grooves. Willie has toured extensively as a solo-artist and shared the stage with such top-flight musicians as the North Mississippi All-stars, David Olney, and The Hackensaw Boys. Willie’s new release, “Runaway Child,” his third record, blends his new rock powers with his long-time love for blues and jazz. “Runaway Child” will be released on September 20!
www.williede.com

Appalachian Soul is feel good music.  Appalachian Soul is exactly what the name implies: Americana rooted in the rhythms of classic soul and R&B.  Known for their 3-part harmonies and catchy songwriting, Appalachian Soul has quickly become one of Roanoke's favorite original bands, bringing their feel good music to regional venues including the Harvester, the Spot on Kirk, and the Deschutes Street Pub.  Their debut self-titled album is available everywhere digital music is streamed or sold.
www.appalachiansoulband.com