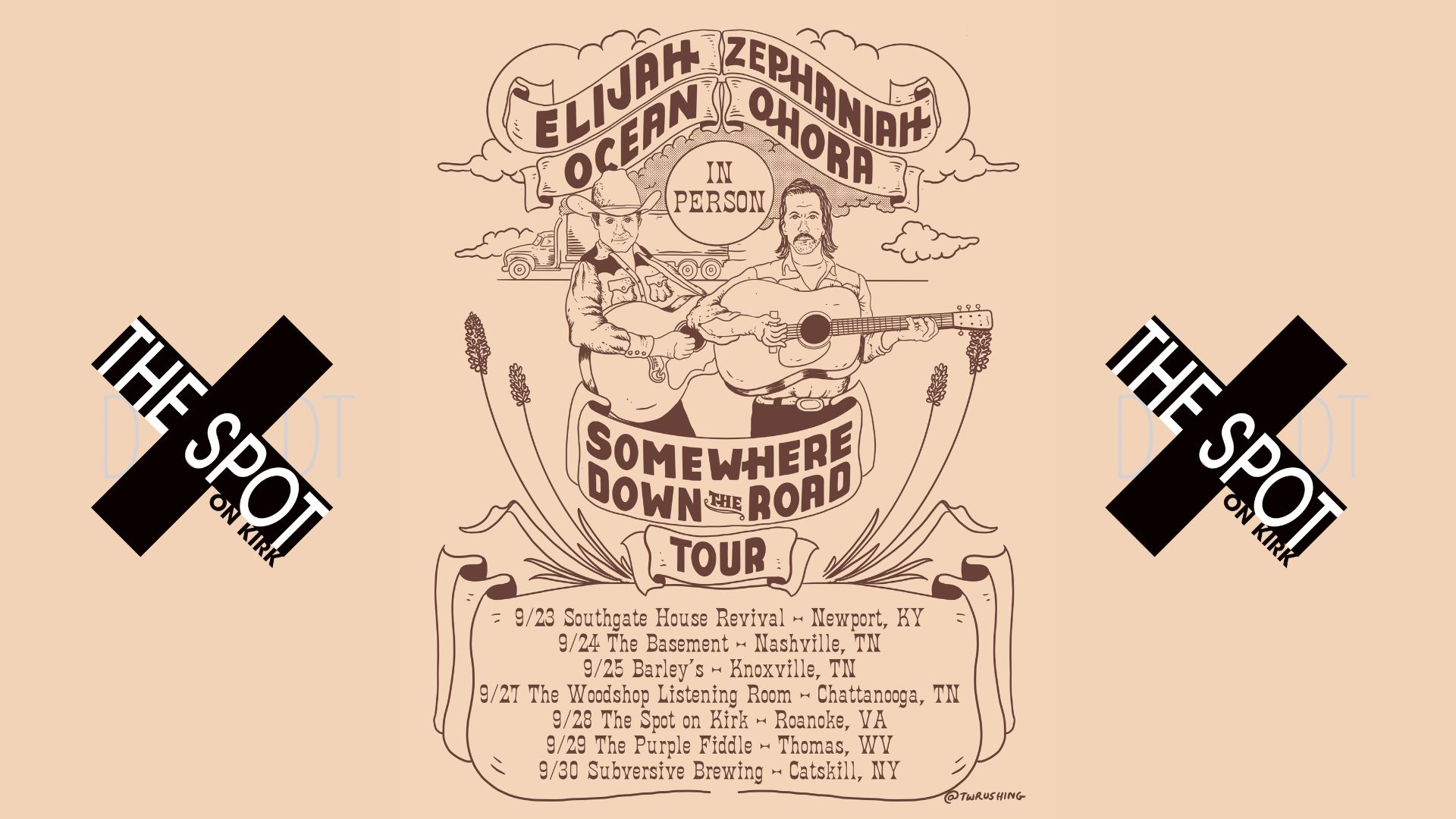 “People think you have to be from Texas or Nashville to play this music,” says Zephaniah OHora, “but that’s not the way I see it. Country’s all about being true to yourself and telling honest, authentic stories. You can do that anywhere.”

Written and recorded in his adopted hometown of Brooklyn, NY, Zephaniah OHora’s outstanding new album, ‘Listening To The Music,’ is proof positive that great country music can come from anywhere. Produced by Neal Casal, who would tragically pass away not long after mixing was completed, the collection fuses timeless twang with modern sensibilities, tipping its cap to the likes of Merle Haggard and Gram Parsons as it explores a distinctly urban, 21st century landscape through a classic country lens. OHora is a master craftsman backed by a virtuosic band here, and his songs absolutely crackle with electricity, moving beyond throwback revivalism to break fresh artistic ground with dazzling fretwork and dizzying pedal steel. The result is a record all about the power of music to bind us to our past and reinvent our future, a lush, intoxicating celebration of melody and memory that bridges the considerable miles between Bakersfield and Brooklyn.

Born in New Hampshire to a deeply religious family, OHora first became enamored with music as a youngster in church. By his early 20’s, he was living in New York, and though he wasn’t pursuing music professionally, his burgeoning love for classic country led to a regular gig performing and DJing at a small bar in Williamsburg. Soon he was curating bands for the newly-opened Skinny Dennis, which quickly became the epicenter of the revitalized country scene in New York, and OHora found himself living and breathing the music 24/7 as he booked and performed with some of the finest instrumentalist the city had to offer. Two of them, guitar wizards Luca Benedetti (Martha Redbone, The National Reserve) and Jim Campilongo (Norah Jones, Teddy Thompson), teamed up to produce OHora’s debut, ‘This Highway,’ which prompted Rolling Stone praise his “razor-sharp band” and “killer new songs” and No Depression to hail his “ability to conjure honest, humble and tearful pathos.” Songs from the record racked up more than a million streams on Spotify, and the album helped OHora land dates with the likes of Lee Ann Womack, Marty Stuart, Jim Lauderdale, Shooter Jennings, and Kelsey Waldon in addition to festival slots everywhere from Hopscotch to Pickathon.

Acclaimed for consistently capturing audiences’ hearts, Elijah Ocean is widely known for his distinct vocals, catchy melodies, and razor-sharp storytelling. He’s opened for legends like Dale Watson and emerging stars such as Charlie Crockett, and backed up like-minded talents Zephaniah OHora and Michaela Anne. He’s played to packed houses from the Mercury Lounge to the Troubadour and is a regular at festivals like Stagecoach, Americanafest, and SXSW. He’s been praised as an artist to watch in Rolling Stone, Saving Country Music, LA Weekly, Uproxx, Wide Open Country, and beyond. Since his first live show, Ocean has worked his way up from total unknown to respected journeyman through his fertile songwriting and irresistible onstage swagger. With a recent move to Nashville under his belt, Ocean and his new album Born Blue (Aug 13th) are primed to take the country music scene by storm.

After over a decade of relentless touring and five previous albums of Americana-tinged singer-songwriter albums, Born Blue is Ocean’s most existential work to date. Self-reflection has been a consistent theme in his writing, but with age comes lived experiences, and his commentaries on timeless themes of devotion, divorce, and drinking have become more tangible and heartfelt. His gift lies in faithfully constructing melodies and lyrics that are rooted in the traditions of the genre, but are undeniably modern and fresh at the same time. Taking cues from artists like Clint Black, Alan Jackson, George Strait, and Dwight Yoakam, Ocean’s aim is to take the baton from the forbearers of the straightforward American storyteller model and extend its reach to old and new fans alike.

Ocean paid his dues on the country music circuit starting in 2009 when he left his home state of Maine for Brooklyn in 2009, and then switched coasts in 2014 when he moved to Los Angeles. He began working as a bass player in dance halls, honky tonks, and casinos, playing country standards and learning all of the ’80s/’90s line dances. These influences can be heard throughout the new album, with the music sounding both contemporary and nostalgic.

Born Blue took shape over the course of two years, whittled down from a batch of 30 songs Ocean had crafted. He reached out to Dwight Yoakam sideman and Los Angeles Americana staple Brian Whelan to produce the album. It seemed the perfect match — but creative differences led Ocean to take full control of the project early in the process in order to maintain his vision for the final product. Ocean also took a slight detour along the way, connecting with Peter Donovan of All the Real Girls to record an album for their side project, The Rose Petals, who released the jangle-pop, post-Americana album American Grenadine in early 2020. While not the neo-traditional country Ocean is known for, that album also received heaps of praise, with the Bluegrass Situation pointing out comparisons to the “acoustic 12-string from The Byrds, synthesizer from the ’80s records of Bruce Springsteen, and Beach Boys harmonies.”

The journey to Born Blue has now culminated with twelve songs that are the perfect blend of honky tonk swagger and deeply honest self-reflection. From the upbeat fiddle-filled opening track “Living to Love You” to the regretful pining of “The Ice Machine” to the Peter-Pan-syndrome-testimony of “Thirty Five,” Ocean is a perceptive storyteller of the highest caliber. Add to that the perfect blend of electric guitar, pedal steel, piano and drums, and you get a thoroughly cohesive neo-traditional country album — sure to satisfy listeners old and new.

“Petty would be proud.” – Rolling Stone